A Brief Account on Hunting in Russia and CIS Countries 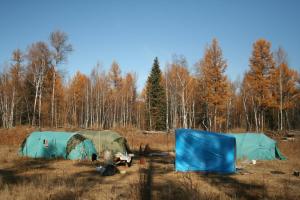 When it comes to hunting, you will find hardly any region in the world which is as rich in terms of trophies as Russia and the CIS region. A wide variety of animals and birds available throughout the year indeed makes this entire region a hunting paradise for the men with guns. Hunting in Russia and the CIS states is really a worthwhile experience that attracts leading hunters from all over the world.

The main regions in Russia and the entire CIS that are hunting paradise and attract the hunters mainly include Kamchatka Peninsula, Siberia, Central Russia and Karelia, Tajikistan, Kirgizia, Belarus, Turkmenistan and Caucasia. Let us get into the details of the animals that are abundantly available in each of these places that attract hunters from all over the world.

Hunting is Russia and in the CIS region is not child’s play. Extreme cold weather almost throughout the year coupled with chilling north polar wind tests your perseverance and the tolerance level of the hunter, specially while stalking some really violent animals which are not only dangerous but even might pose a threat to life in certain circumstances. If you are a hunter looking for some trophies, you need bring out your best hunting skills in order to excel in this region as a hunter. Remember, fortune favors the brave!