Duck Hunting in Russia and CIS 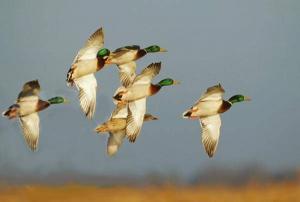 Apart from a wide variety of species, Russia and CIS regions are famous for a huge number of wide geese and ducks. If you have a knack of hunting ducks, then there is no dearth of them in the Russian and CIS region. Duck hunting in Russia and CIS are indeed an awe-inspiring experience.

Hunting ducks in Russia involves one of the dwindling opportunities to the hunters to hunt ducks during spring time and it involves hunting Western Capercaillie and the Black Grouse during their mating.

Complete with innumerable pine, fir, larch and hemlock, and innumerable lakes and rivers crisscrossing the landscape, the region offers a perfect setting for hunting duck.

Duck hunting in Russia and CIS has all the ingredients of adventure. While daytime temperature during the hunting season hovering around in the 50 in Fahrenheit scale, the lakes remain more or less frozen during spring, which is unusual.

Duck hunting sessions in Russia and CIA are generally short with hunters taking easy paced walks up to the creeks and the small lakes that dot the region. The technique generally involves installation of one to four decoys though certain situations sometime demand installation of more. This may attract adult drakes and Eurasian Wigeons and as their bright colors glitter in the sunlight of Spring afternoons, you get the chance to take a nice aim to hit them.

You can also hunt ducks from the speedboats on the White Sea from certain strategic points and this will give you a clear view of the targets as the ducks fly past hastily water surface. This is a traditional style of waterfowl hunting in Russia and CIS

Again, the virgin boreal forest in northern Russia provides a perfect setting for duck hunting in Russian and CIS. Here is where you will find Capercaillie. These ducks are the largest grouse species that you will find anywhere in the planet with the males weighing almost 9 lbs on an average. You will find as many as 10 species of capercaillies all over the world this place is the home to Western Capercaillies. The best time when you can hunt them is during their breeding season when they rest on the conifers overlooking openings, sing and scout the surroundings looking for the hens.

If you have a sharp eyesight & hearing you should not have problem in spotting them from even hundred meters away. It is virtually impossible to get within an effective distance for a shotgun during the autumn time. Hence, it is during spring (which is their mating time) when capercaillies are prone to be hunted with hunters getting the chance to approach them and taking aims with traditional shotguns.