The bear, inhabiting our forests everywhere, is one of the largest predators of enormous strength and endurance with excellent hearing, reaction and coordination of movements, a beautiful swimmer and runner. It can catch a horse on a short distance. The bear is extremely smart, calm enough and even coward a bit but it is not friendly in any case. In certain conditions it’s very aggressive and dangerous. In central Russia the bear’s coat color is light brown, in Kamchatka it is chocolate. The weight of certain bears is up to 500 kg (1,100 lb) and the body length is 2.5 meters (8.2 ft) or more. 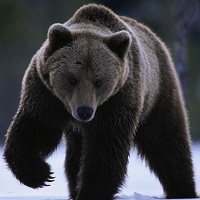 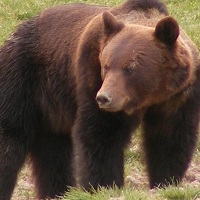 The popular bear hunting in Altai, being extremely interesting and almost always successful, is conducted in the spring (from April to May), as well as in the summer and autumn and autumn and winter periods (from August to October and from November to February). In Altai the bear hunting is conducted away from human habitation, among the unspoilt nature, where lakes change their color depending on a season, and the beauty of the forests blows imagination.

In recent years, the bear hunting in Vologda has been permitted only in the summer and autumn. The spring hunting has been forbidden for many years due to the limited number of animals but today the ban is lifted. Now over seven thousand of bears inhabit the pristine forests of the Vologda region. This means that real connoisseurs will be able to hunt in April and May when bears leave their dens after hibernation.

In addition to bears, in Vologda you can hunt moose, wild boar and various birds.

There is a lot of bear hunting types, including hunting on oat fields, stalking, hunting with dogs, hunting by means of a dead big animal, hunting in pursuit, but the den bear hunting is considered one of the most exciting and risky adventures in the life of a hunter. Hunters approach to a den when an animal is still asleep, then hunters take their seats around it and dogs wake up the bear by barking. Adrenaline runs high at such moments as the animal, irritated by the interrupted sleep, may jump out in an unexpected place.

Guided by the basic norms of the Russian Federation, each region approves the rules for the bear hunting. Traditional restrictions include the ban for hunting when crossing waters, for shooting individuals aged less than one year and bears with cubs. It is forbidden to use vehicles, chemicals, inhumane methods and such tools as traps, pits, etc.

Bear hunting seasons are different in the regions of Russia. In Altai you can hunt in May and June. In Vologda it is possible from August to November.

Experienced hunters pay special attention to the bear paws and head as it can be a magnificent stuffed animal and wall decoration. The main trophy of the bear hunting is the skin, the value of which is determined by the density and quality of wool, and most importantly, by the dimensions, the longer the skin, the more it is valuable. Skin is often used as a carpet but if it is in perfect condition and is properly removed from the carcass, you can get a real masterpiece all people around you will feel envy about – a full-size stuffed bear. 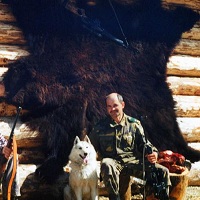 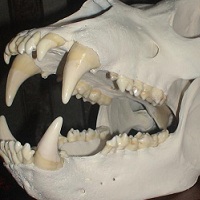