For long, the maral has been the most desired take for inhabitants of Altai where many petroglyphs (rock carvings) with the maral hunting scenes dating 2nd or 3rd century BC survived. The indigenous people valued and respected marals more than, for example, bears or moose. The maral hunting was traditional occupation giving meat, skin and medicines in plenty.

These days the maral hunting hasn’t lost popularity in Altai and it is becoming ever more popular. Today it can be called a purely male sport where the hunter’s award is not just severe romance of adventures and great trophies but also a lot of unforgettable experiences for a lifetime. 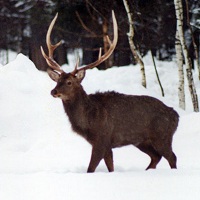 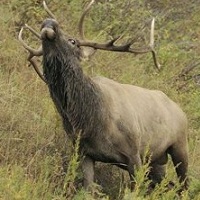 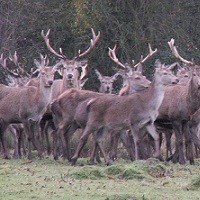 Maral Is an Embodiment of Altai

In addition to the maral, there are 15 species of red deer, many of which also live in Altai.

There are two licensed hunting seasons for maral males (females hunt is forbidden). The first one is spring and summer when hunting farms obtain a small number of licenses for the maral hunting in June and July to get valuable frontal antlers. The second season is autumn and winter. Local hunting administrations determine terms and number of animals for shooting.

Features of the Maral’s Behavior

The maral is a fearful and secretive animal, it is not domesticable. It is able to smell hunters miles away, and if necessary, it can escape before a hunter will have time to reach his gun. During the mating season, from September to November, marals lose their vigilance and roar attracting females and entering into competition with other males, making it much easier to hunt them down.

There are some traditional methods of the maral hunting: ambushing, hunting with dogs, hunting in the mating season and hunting by means of salt earth. In Altai it is also practiced to lure marals with a caller which is called “abyrgy” in the local dialect. It is a kind of wind instrument made of birch bark which sounds like the maral’s voice.

The roar of deer is very loud. The sound usually spreads over several miles. In the rutting midst marals can “sing” all day but the roar peak is observed in the morning.

Long strong legs allow marals to move very quickly and easily even in dense forest. In the winter it is much more difficult for marals to move through snowdrifts on the slopes and in the taiga. Moreover, in the winter you can easily track down the animal.

Value and Use of the Trophy

The main values of the successful maral trophy hunting are meat and antlers. Young (spring) velvet antlers of males contain pantocrine with unique rejuvenating and healing properties that is used in medicine. New antlers start growing in May. By the winter season they turn into impressive branchy horns being a magnificent trophy. Skin and fat are also valuable. 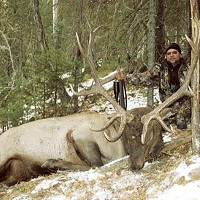 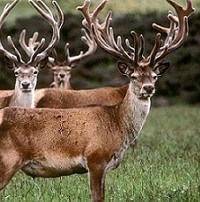 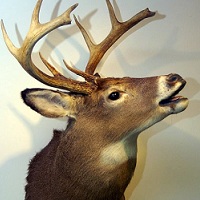