The Pamir argali sheep Marco Polo is the largest representative of wild sheep living in the upland and submontane areas of Middle and Central Asia. It is named after the Venetian traveler and merchant Marco Polo (1254-1324) who was the first European to describe its horn. The length of the animal’s body reaches 2 meters (6.5 ft), height at the withers is 1.2 meters (3.9 ft), average weight is from 80 to 120 kg (175 to 265 lb) but with luck you can meet the real giant of up to 180 kg (400 lb). 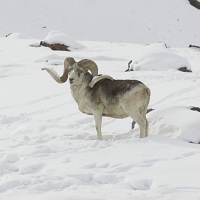 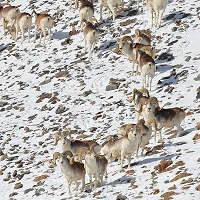 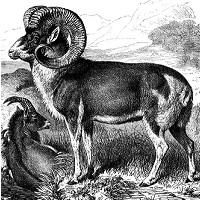 In Tajikistan the Marco Polo hunting is permitted in two periods. The first period is autumn and winter, from August to December, and the second one is exceptionally winter, February. October and November are considered the most comfortable months for trophy hunting.
In Kyrgyzstan we organize the Marco Polo hunting in the period from the 15thof September to the 15th of December and from January to February.

Features of the Marco Polo Hunting

One of the main requirements for a hunter is good physical shape, as well as absence of chronic heart diseases.

As a rule, the Marco Polo hunting is conducted in the classic way. Guides take hunters in fourwheel vehicles to sheep habitats and the search begins in the pedestrian mode. At times temporary accommodation is organized in the area of hunting. The most effective hunting methods are driving and ambushing. Rifled or smooth-bore weapon is used.

Cost of the Marco Polo Hunting

In itself, the cost of the Marco Polo hunting speaks volumes as it is available only to wealthy lovers of mountain safari. But the price is going down gradually. In 2008 the license cost USD 13,000, and in 2014 it fell to TJS 45,000 that is approximately USD 8,000 to 8,500. A slain sheep is worth about USD 50,000. Such a high cost of the exclusive pleasure is explained by a small number of legally killed animals per year – about 70 animals in total.

The offered tour has already been passed by many world-famous celebrities: bankers, businessmen, prominent statesmen and public figures of the United States, representatives of the aristocratic intelligentsia of European countries and even by a descendant of a Japanese samurai.

The Marco Polo hunting is allowed only when purchasing a special license. Foreign hunters must obtain a permit to import and export weapon from Tajikistan but it's possible to provide weapon on the spot. 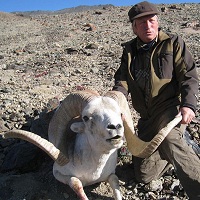 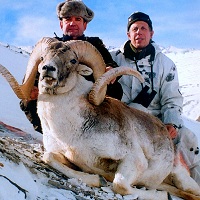 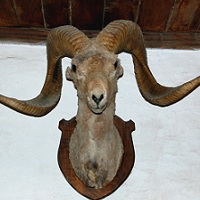